Little hand-drawn illustrations for a new annual publication of Monocle,
The Forecast. 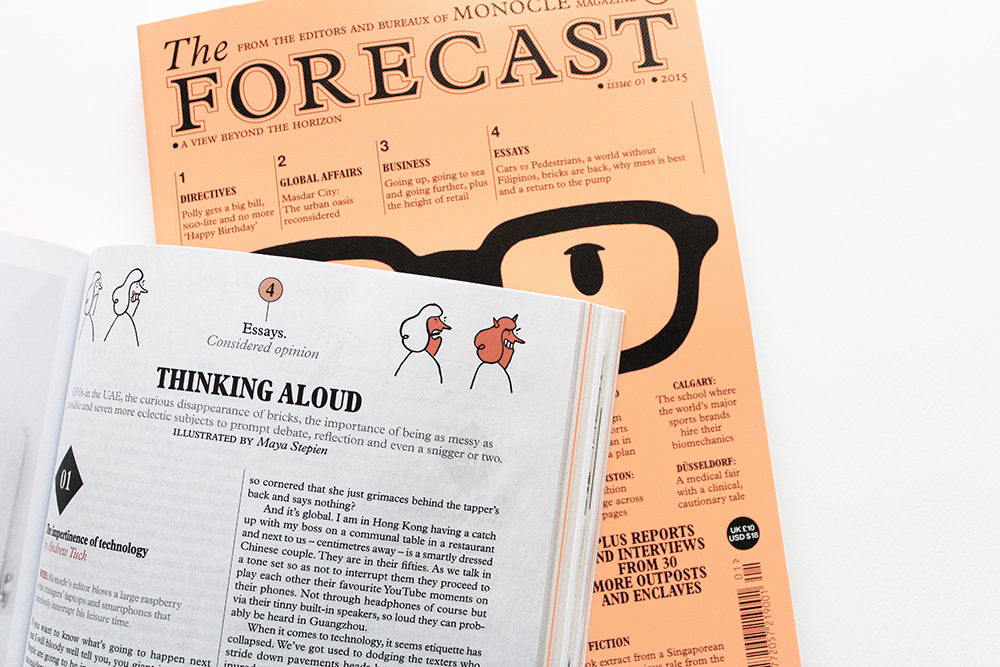 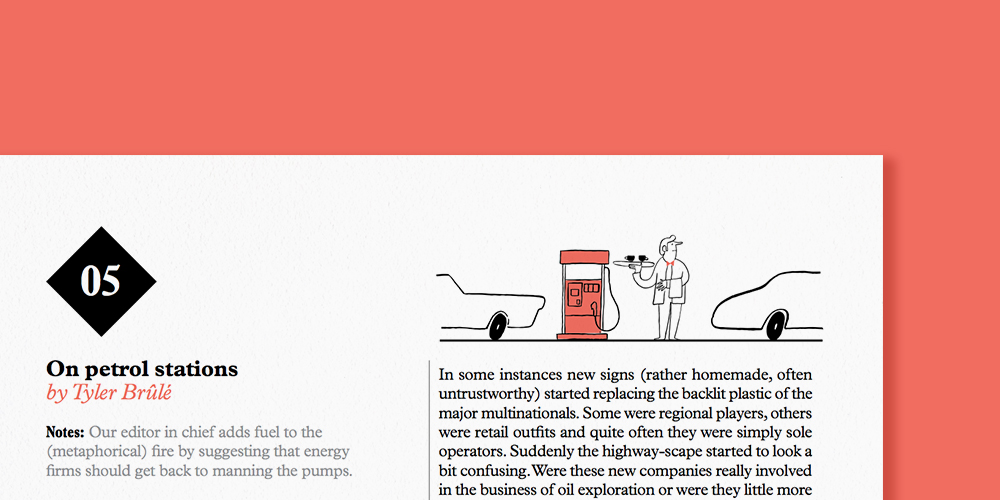 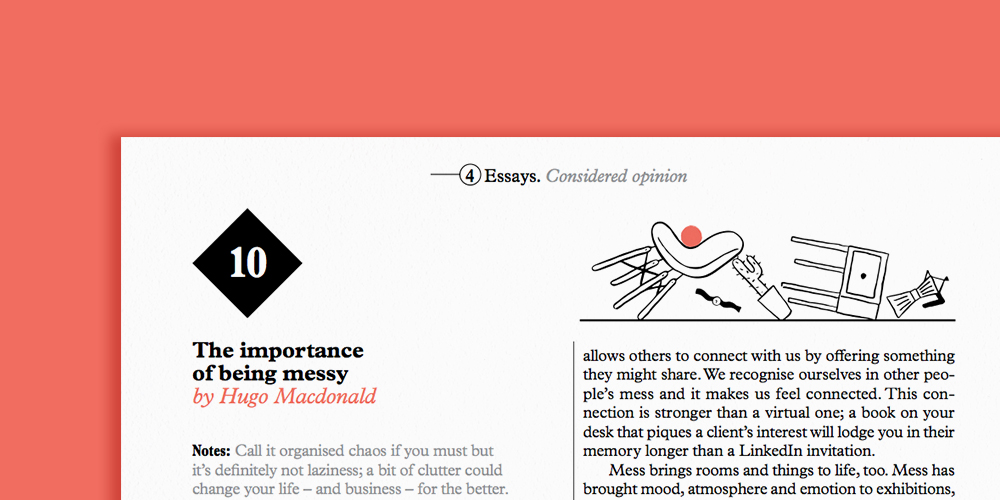 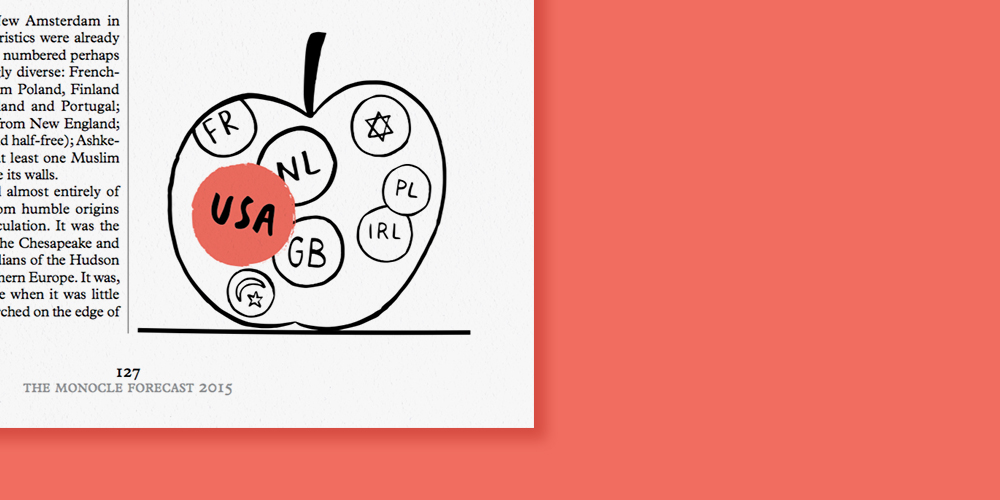 |01| The impertinence of technology
“Monocle's editor blows a large raspberry at the strangers' laptops and smartphones that relentlessly interrupt his leisure time.”

|02A| Why the future of science fiction may be in the Arab world
“From novels and comics to the big screen, sci-fi is gaining currency in the UAE — and there is potential for a lot more material.”

|02B| Why the future of science fiction may be in the Arab world
“The central protagonist discovers a world of crime, deviant sex and drugs.”

|03| How New York became North America's premier global city
“The secret behind the Big Apple's big influence over the continent and the rest of the world? Why, the Dutch, of course.”

|04| Whatever happened to bricks?
“Glass and steel are all very well but if you're planning on designing a new office or home, don't discount the humble yest timeless brick.”

|05| On petrol stations
“Our editor in chief adds fuel to the (metaphorical) fire by suggesting that energy firms should het back to manning the pumps.”

|06| Should we let cities die?
“Case in point: Detroit. The former giant of the US car industry has been in freefall for years but is there any real benefit to saving it?”

|07A| A world without Filipinos
“With more than 10 million Filipinos working overseas, what lessons could the world take from their understated ubiquity?”

|07B| A world without Filipinos
“With more than 10 million Filipinos working overseas, what lessons could the world take from their understated ubiquity?”

|08| The death of defence
“With battle lines being drawn in ever more disparate places — not least online — defence departments need to be urgently reimagined.”

|09| The hidden dangers of pedestrianisation
“Banning cars from our city's streets is no guarantee of increased community spirit.”

|10| The importance of being messy
“Call it organised chaos if you must but it's definitely not laziness; a bit of clutter could change your life — and business — for the better.”

For commissions, projects, collaborations, or just get in touch, please email: